Search by location, holiday type or by name 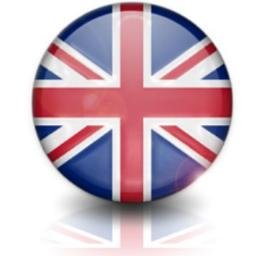 A guide to the best holiday parks, self catering cottages and hotels in the UK. Whether you are looking for camping, caravanning, glamping, self catering or pet friendly holidays, you will find a great choice here. Perhaps you are looking to buy your own Holiday Home? There are plenty of statics and Lodges for sale across the UK.

Search by location, holiday type or by name
Listings by County/Region

Self Catering Holidays in Wigton

Self Catering Holidays in Wigton

Wallace Lane Farm is situated high in the magnificent Northern lakes, on the fringe of the Lake District National Park, close to the villages of Caldbeck, Hesket Newmarket and Uldale.

Our nearest village is Caldbeck, which has to be one of Cumbria’s most beautiful villages.

The name Caldbeck comes from the Old Norse word Kaldr bekkr which means cold beck or cold stream. It was the river and its tributaries which provided not only water for the village, but also the power for the many mills of the late 18th and 19th centuries which allowed the village to prosper.

We are also situated on the edge of Caldbeck fells which are famed for their beautiful views and fantastic hunting and adventure.

The churchyard in Caldbeck contains the grave of John Peel, one of the county’s most famous characters, born in Parkend Caldbeck in 1776. As a huntsman and merrymaker he had no equal and became nationally renowned after a song was written about him and performed in London in 1869.

As a base for an enjoyable Lakeland holiday, Wallace Lane Farm is well situated. Within a 10 minute drive are the villages of Caldbeck, Hesket Newmarket, Uldale, Rosley, Bolton new Houses, Dalston and the market town of Wigton.

Farmhouse Cottage is a delightful one-bedroom holiday cottage for couples. Fully-equipped holiday accommodation with a hot tub, log fire, central heating and broadband, close to the village of Caldbeck.

Woodpecker Cottage is one of two cottages on Wallace Lane Farm with self catering holiday accommodation for up to 4. The cottage is fully equipped, and set in the 23-acre grounds of Wallace Lane Farm, just outside the delightful Cumbria village of Caldbeck. It is also close to Wigton, Heskett Newmarket, Uldale and is handy for the Lake District.

Nuthatch Cottage has 4 star self catering holiday accommodation for up to 4. A fully-equipped holiday cottage are set in the 23-acre grounds of Wallace Lane Farm, just outside the delightful Cumbria village of Caldbeck, close to Wigton, Heskett Newmarket, Uldale and handy for the Lake District.

Please visit our other websites:

Please confirm, if you accept our tracking cookies. You can also decline the tracking, so you can continue to visit our website without any data sent to third party services.